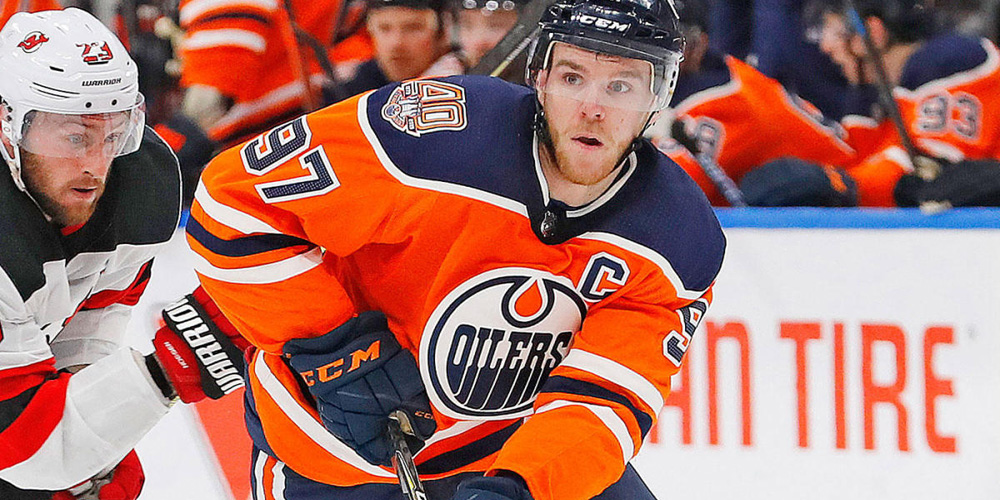 The 2022 Stanley Cup Playoff field is set as the playoffs will begin on Monday, May 2. It has been an exciting and interesting series in the NHL, but the real fun will begin in the postseason.

Sixteen teams will be taking the ice for a chance to win the Stanley Cup, and this is always a postseason event that has plenty of surprises along the way. Betting on each game of the playoffs is a possibility, but you can also bet on the entire series for each of the eight first-round matchups.

Here is a look at each series and the betting odds for each team to win and advance.

The Florida Panthers won the President’s Trophy this season, and that will give them home-ice advantage throughout the playoffs. Florida is a big betting favorite to win the First Round series against Washington, but the Capitals are a team that has been there before.

This series should feature plenty of scoring as both teams are capable of scoring close to four goals per game.

Auston Matthews and the Toronto Maple Leafs are slight betting favorites in the First Round as they have home-ice advantage over the Tampa Bay Lightning. Toronto racked up 115 points in the regular season, but Tampa Bay was close behind with 110.

The Maple Leafs will be looking to win this game on the offensive end, but Tampa Bay has a history of coming up big in the playoffs. Even though the Lightning are the slight favorites, there will be plenty of people backing them.

The Carolina Hurricanes won the Metropolitan Division this season with 116 points. Carolina will now have to deal with the Boston Bruins in the First Round in what should be a highly competitive series.

The Hurricanes have been a popular Stanley Cup title pick since before the season began, but the Bruins are a veteran team that knows how to win in the playoffs.

The New York Rangers have a home-ice advantage in the First Round, but they are actually underdogs as they take on the Pittsburgh Penguins. Pittsburgh is led by Sidney Crosby, and the Penguins always know how to win in the postseason.

New York had a big finish to the year, but the oddsmakers still don’t like their chances of advancing past Pittsburgh in the Stanley Cup Playoffs.

It was a rough finish to the season for the Colorado Avalanche as they allowed the Florida Panthers pass them up in the President’s Trophy race. That hasn’t affected Colorado’s odds in the postseason, as they are the biggest betting favorites to win the first round at -420.

Nashville used to be a team capable of going on a deep postseason run, but they are massive underdogs in this one. The Predators did just win in Colorado and went 3-1 against the Avalanche this season.

The St. Louis Blues won all three games against the Minnesota Wild in the regular season, but they are underdogs in the First Round. The Wild have a home-ice advantage, and that might be enough to allow them to sneak by in this series.

This feels like the series that could last the longest in the First Round as there isn’t a ton of separation between the Wild and the Blues. St. Louis is a veteran team, and Minnesota is led by one of the youngest players in the league.

The Calgary Flames came out of nowhere to win the Pacific Division this season, and they won it convincingly. Calgary takes on the Dallas Stars, and the Flames went 2-0-1 in that season series during the regular season.

The Flames are an explosive offensive team, but they also have the ability to get defensive stops. Dallas snuck into the playoffs with another late regular-season run, and they are hoping to use that momentum to go on a big run.

The Edmonton Oilers have had some trouble in the recent playoffs, but they are big betting favorites to change their fortunes this season. Edmonton will be hosting the Los Angeles Kings, and this is a perfect chance to snap their recent playoff drought.

Los Angeles finished in third place in the Pacific Division despite having a goal differential of just three goals in the regular season. The Kings are a team that wants to slow down the tempo, and that style of play could be frustrating for the explosive Oilers.