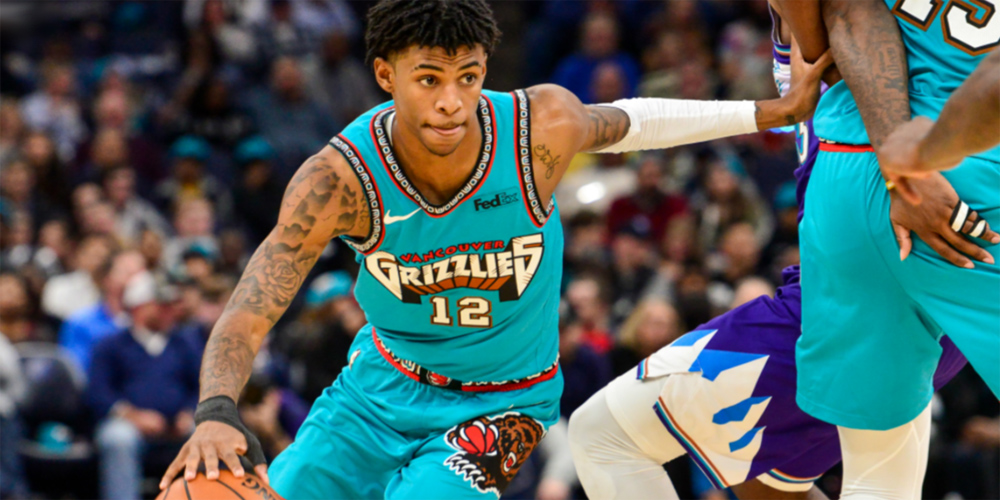 5 NBA Totals to Hammer on Wednesday

Our first bet of the night is an under pick between the Spurs and Heat.

The logic is simple: this is a pick based on strong defenses and weak offenses. To better gauge the quality of each unit, we can look at points per game, effective field goal percentage, and efficiency. Both the Spurs and Heat rank in the bottom ten on the offensive end and the top ten on the defensive side.

The Heat own the sixth-strongest defense in the NBA, with the Spurs ranked ninth. When a game comes up with this overlap of offense and defense, the best decision is to listen to the numbers. These two teams met last week, with the Heat winning 107-87. The under hit in that game, and we can expect a similar result in this one.

We'll stick with just the Grizzlies over in this one against the Blazers' porous defense. There are a few encouraging signs that Memphis can put up points on Portland. For starters, the aforementioned awful defense the Blazers have, ranked 27th in the league. The Grizzlies offense is a middling unit, ranked 15th - but they do have a few advantages at their disposal Wednesday.

No team plays faster than Memphis, led by Ja Morant. The slashing guard has powered a Grizzlies offense that is tops in the NBA in points in the paint. This style of play perfectly aligns with the Blazers' biggest weakness. Portland ranks 21st in stopping the interior game.

Morant and the Grizzlies should have a big game against Portland - take their team total over. The Grizzlies played the Blazers twice last week, scoring 130 and 120 points - both wins.

This is a simple pick - the Nuggets own the fifth-best offense in the NBA. The Pelicans own the 28th-ranked defense. This egregious disparity is always reason enough to target an over. The loss of Jamal Murray will hurt the Nuggets in the long run, no doubt. Still, they're scoring points with who they've got, dropping 120 and 129 in their last two games.

This Clippers-Suns game is the highest-profile game on the Wednesday slate. These are two of the West's best teams, balanced on both ends. Both LA and Phoenix rank inside the top ten on offense and defense, so what makes us want the under here?

There are two factors at play here that point us towards betting the under. The first is the pace of play. Pace, calculated by field goals attempted per game and possessions per game, helps us understand how fast each team plays. Both offenses are slow and methodical, ranked in the bottom ten. The second factor is how these teams stack up with each other. Both the Clippers and Suns prefer to do the majority of scoring from beyond the arc. These teams should struggle from their preferred spots on the floor, considering both defenses are some of the best at defending the three.

The Suns rank fifth and the Clippers seventh in opposing three-point percentage.

These teams have played twice already this season, combining for 216 and 219 points. Despite the big names and efficient offenses, this should be a low-scoring affair.

Of all the Wednesday picks, the Jazz-Kings over is my favorite bet of the night. There's a lot to like about this game.

For starters, Utah is a good bet to do much of the heavy lifting themselves - consider betting their team total over. Utah's offense comes in ranked inside the top-five of the league, going against Sacramento's league-worst defense. The Kings are owners of a top-ten offense themselves and play a fast brand of basketball. That make-up, coupled with their 30th-ranked defense, makes them a good bet for an over every night.

When studying offensive tendencies and defensive weaknesses, both teams have advantages with their preferred style of play. No team makes more threes per game than Utah. The Kings defense ranks 29th in the NBA, guarding the perimeter. The Jazz shooters should have a field day with a matchup like this.

The Kings play more of a slashing style of play, fourth in the NBA in points in the paint. The Jazz are a bottom-ten defense when it comes to defending shots near the rim. This is a perfect unison of strong offenses, one very weak defense, and advantageous offensive matchups.

Bet this overconfidently on Wednesday.