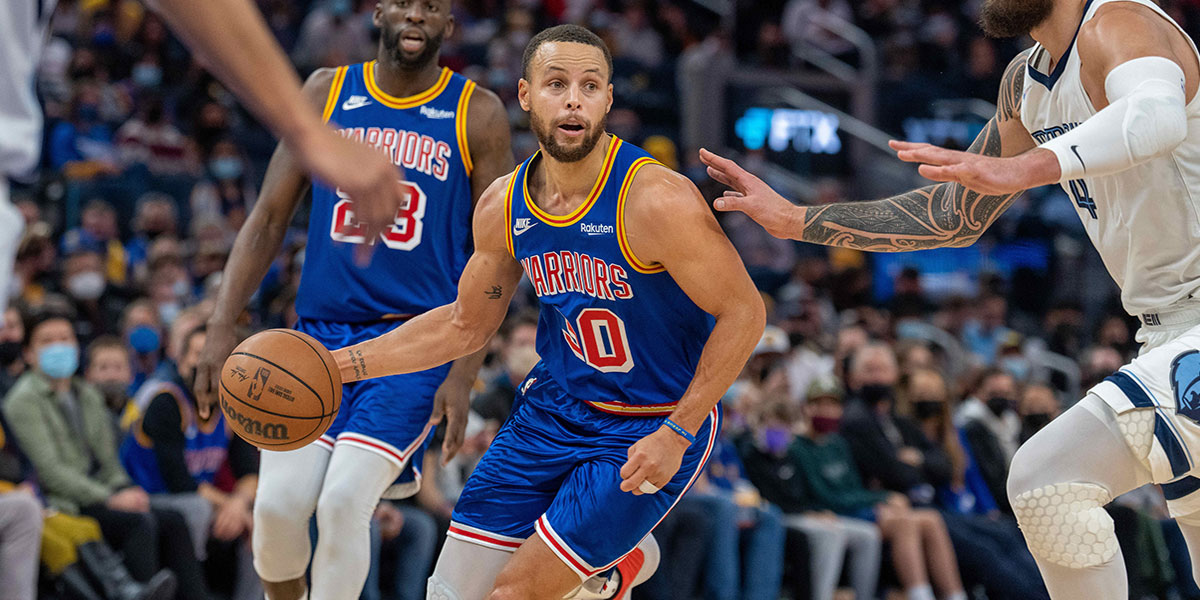 The NBA is set to deliver another great present on Christmas Day as there are five games on the schedule. Most of the top teams in the league are set to take the floor, and there are some highly-anticipated matchups as well. The final game of the day features the Utah Jazz hosting the Dallas Mavericks, and there is plenty of uncertainty surrounding that matchup. It’s best to stay away from that game, but the other four games provide some great betting opportunities.

Here is a look at each of the four games to bet on Christmas Day, and a quick rundown of how each game should play out.

The best game of the day will take place in Phoenix as the Suns host the Golden State Warriors in a battle of Western Conference heavyweights. These teams have split a pair of games this season, and this third matchup of the season should be tremendous.

Stephen Curry leads the Warriors with 27 points per game, and he is the likely MVP through this part of the season. Curry is always capable of taking over on offense, but he has been getting plenty of support from his teammates. The Suns are led by Devin Booker and his 23 points per game, and Chris Paul sets the tone for this offense with ten assists per game. Phoenix can be a tough team to stop when they are making shots, but they can be inconsistent as well.

Playing this game in Phoenix is a huge advantage to the Suns, but Stephen Curry is the difference in this game. Curry is going to take over and put on a show on Christmas Day, and the Warriors are winning this game.

The first game of the day will feature the Knicks hosting the Hawks in what is a rematch of last year’s thrilling playoff series. Atlanta was able to get past New York in that series, and the Knicks will be looking for some revenge in this matchup.

The 2021-22 season has not gone well for either team as both the Hawks and Knicks are below the .500 mark. Each team is expected to get back into the postseason, and perhaps a win on Christmas Day will get them going on a big run.

Trae Young leads the Hawks with 27.3 points and 9.3 assists per game, and he tore up the Knicks in the playoffs a season ago. Atlanta is a team that wants to put up some points, and they have the weapons to do it. The Knicks want to win games on the defensive end of the floor, and the Madison Square Garden crowd will be ready for this game. There is very little separation between these teams, but the Knicks will pick up a win at home.

The Milwaukee Bucks are the biggest betting favorites on Christmas Day as they are seven-point favorites over the Boston Celtics. These teams feel like two of the best teams in the East, but the Celtics don’t always play up to their standards. Jayson Tatum leads the Celtics with 25.6 points per game, and Jaylen Brown has the ability to take over a game as well. Boston hasn’t always been good on the defensive end of the floor, but this team appears to be turning things around.

Giannis Antetokounmpo is averaging 27.0 points and 11.6 rebounds per game to lead the Bucks, and he has had some big games against the Bucks in his career. The Bucks just suffered a 117-103 loss to the Celtics earlier this month, but they will get to host this matchup.

Milwaukee should get some revenge with a win, but Boston is going to keep this game close. Take the seven points and bet on the Celtics.

The Nets and Lakers have been betting favorites to win the NBA Championship since the odds were released, but only one team is living up to the hype. Brooklyn is the top team in the Eastern Conference this season, while Los Angeles is struggling to play .500 basketball. The Nets are led by Kevin Durant and James Harden, and both stars should be on the court for this game. Durant and Harden are capable of combining for 50-60 points per game, and both players have a history of playing well on Christmas.

The Lakers will be without Anthony Davis for the foreseeable future, and that’s a huge loss for this veteran team. Davis is now the biggest star in Los Angeles, but it will be up to LeBron James to carry the load.

James is still capable of leading his team to a win, but the Lakers just don’t have enough weapons around him. Brooklyn goes into Los Angeles and win this game over the Lakers.