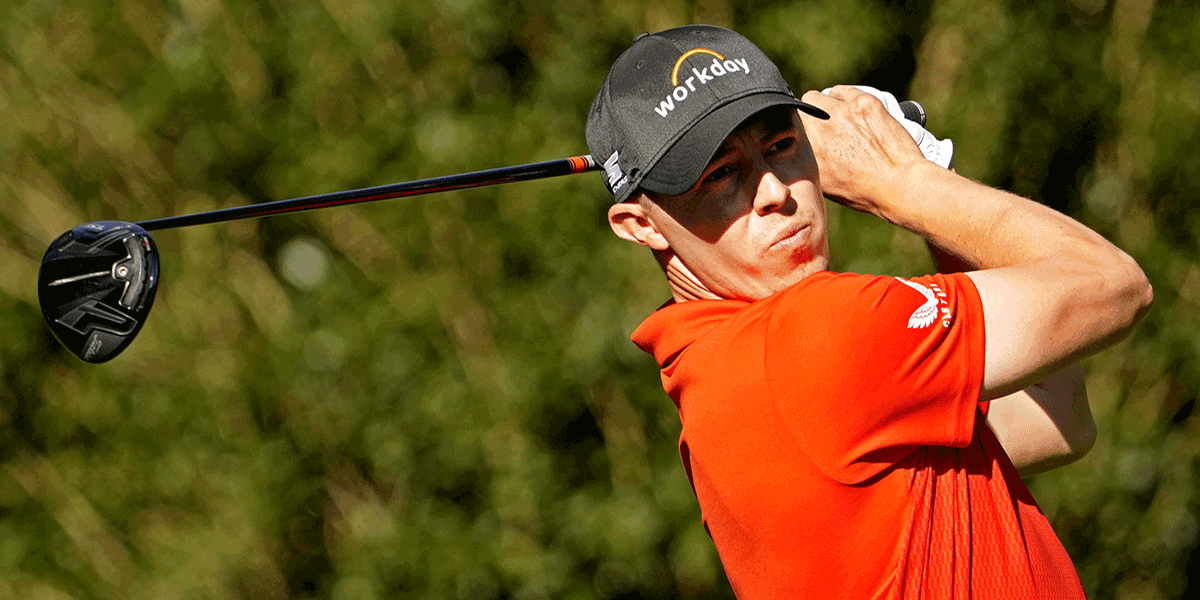 The PGA Tour heads from Mexico to Potomac, Maryland, for the Wells Fargo Championship. We have 156 players in action this week, and the top 65 players plus ties after round 2 will get to compete in round 3 and round 4.

There's $9M on the line this week, the winner gets $1.62M and also collects 500 FedEx Cup points. TPC Potomac at Avenel Farm is just 7,160 yards in length, is a par 70, and the greens are bentgrass. The average winning score at this event over the last ten editions is -12.8, and the all-time record came in 2015 when Rory McIlroy shot a -21 to win easily by seven strokes. Place bets on golfers this week who are accurate off the tee and have a decent driving length too, are solid tee to green, are strong on approach, and gain a lot of strokes in the total category.

Three questions I have regarding the Wells Fargo Championship this week:

2. Will weather play a factor this week? The weather looks good for Thursday with minimal wind, but we will see a bit more on Friday afternoon, so go with players who have Thursday afternoon tee times ideally. Plus, Friday looks like it's going to be wet and the weekend has some wind that players will have to deal with.

Below you will find two players from each of four different betting tiers (from DraftKings Sportsbook) to win outright, these are the golfers that I like the most for this week as fantasy golf bets, plus a golfer in each tier that I would stay clear from. I would also advise you to throw in some top 5, top 10, and even top 20, or 30 bets for the long shots as well to hedge against your outright bet(s).

Matthew Fitzpatrick (+2000) - He's one of the more consistent players on the PGA Tour, even despite missing the cut in his most recent start. He consistently finishes in the top 10 and teens, and it's because Fitzpatrick plays a complete game from the tee blocks to the hole. He's never won on the PGA Tour before, so I wouldn't bet him to win, but you can do a top 5 or a top 10 wager and feel quite good about your investment.

Rory McIlroy (+850) - The class of the field took quite a run at winning his first green jacket at the Masters and finished runner-up - perhaps the career grand slam will happen next year at Augusta! McIlroy regularly finishes high, his stats are solid, and I think you can bet him any which way this week including an outright wager.

Avoid: Marc Leishman (+2000) - He was on quite a roll late last year and earlier on in 2022, but his game is falling apart a bit now, especially over his last five starts with a missed cut and his best finish was a 21st but that came at the Zurich Classic playing alongside fellow Aussie, Cameron Smith. He had a T5 and a T13 here in 2017 and 2018, but I'm more of a recent form type of gambler, and will be staying off of Leishman this week.

Keegan Bradley (+2800) - Bradley has been putting up some fine finishes recently, especially considering he has three top 8's in his last five starts if you include the Zurich Classic. Even when he loses strokes putting, and that happens regularly, he can still finish top 10, and it's because the rest of his game is solid. I like him as a top 5 or a top 10 bet this week, you decide which direction to go. He had a T5 here in 2017 and I can see him doing something similar again this week.

Sepp Straka (+4000) - He won in February at The Honda Classic, he had a T9 at THE PLAYERS Championship in March, and had a T3 at the RBC Heritage in April, so he's due for a top 10 this month and it could easily come this month with the way he drives the ball and putts. I think the play for Straka this week is a top 10 or top 20 bet, but you could venture into top 5 territory if you want to be aggressive.

Avoid: Sergio Garcia (+3500) - Garcia hasn't had a top 10 since last November and while he's been fine since then with 20-something and 30-something finishes, his upside is limited due to a weak approach game and his short game has been lacking over his last three starts if you include the Zurich Classic where he and his partner missed the cut. The Spaniard will get it going again at some point, but I would hold off for at least this week.

David Lipsky (+10000) - Lipsky has quietly put up three top 7's over his last four starts if you count his 4th at the Zurich Classic. He finished T6 last week in Mexico thanks to gaining 9.99 strokes on approach which is incredible to see from any player, especially from a PGA Tour rookie. It's hard to say what Lipsky will do this week, but I can get on board with a top 10 or top 20 bet.

Anirban Lahiri (+10000) - He really grabbed our attention at THE PLAYERS Championship when he finished runner-up on the back of outstanding ball-striking and putting. Lahiri has been fairly good since then too with two top 15's in three starts. His game could crumble at any point in time I believe, but I say ride him while he's hot. A top 20 wager makes the most sense to me this week.

Avoid: Jhonattan Vegas (+6500) - It's hard to know if he's 100% health-wise right now as he had arm surgery just a month or so ago, so while I usually like what Vegas brings to the table, I wonder if he has rushed in his return to play. We will find out soon, but I'm off of him until I see that he's healthy and can put up a good result or two.

Nate Lashley (+15000) - Lashley has five top 27's in his last six starts including a T7 at the Puerto Rico Open and a T11 last week at the Mexico Open where he did quite well ball-striking and putting gaining over 10 strokes combined. I like him as a top 20 bet this week, but you could be more conservative with a top 30 wager and rest easier at night.

Tyler Duncan (+18000) - Duncan is an above-average ball-striker and pops at times with his short game. He has five top 35's in his last seven starts if you count him and his partner's 14th place finish at the Zurich Classic, and I like him to finish top 30 this week - that's how I would bet him, no higher and no lower.

Avoid: Nick Taylor (+13000) - I was on him not too long ago, but Taylor has been struggling lately with three consecutive missed cuts - he can't seem to put together a complete game right now. I'm keeping my eye on him, but won't be dropping any dollars on his name this week.