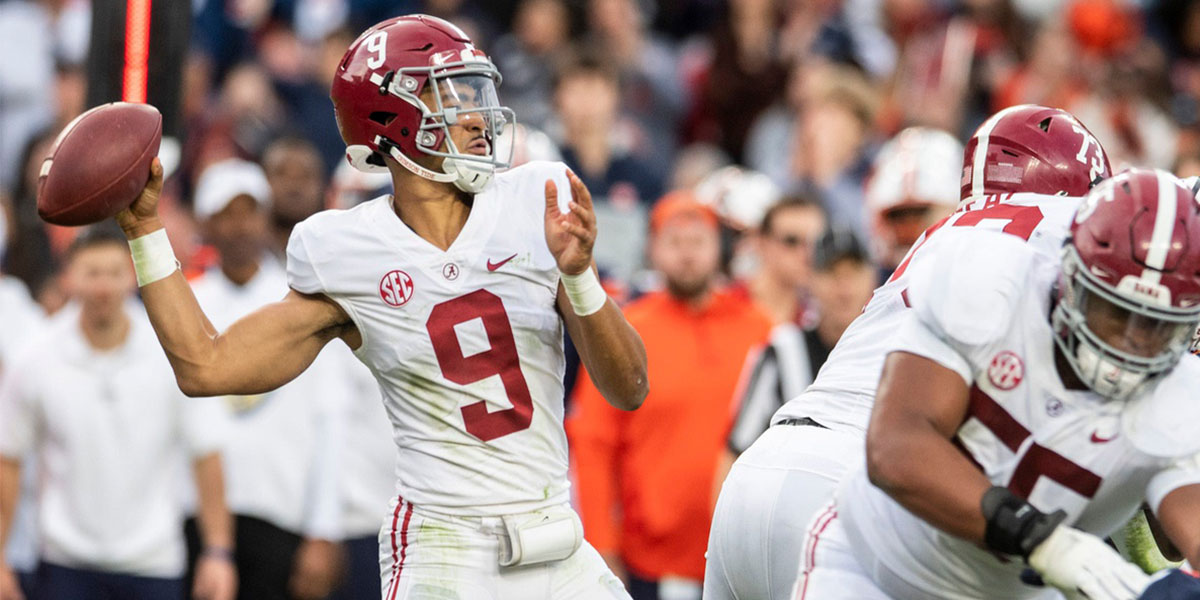 We are nearing the end of college football bowl season, and this is typically where the real fun begins. The College Football Playoff will begin this weekend, but there are some other terrific games on the current schedule. Here are five of the best New Years Day and New Year's Eve college football bowl games to wager on. This article will touch on each game before delivering a betting prediction for each of the matchups.

Wake Forest is a massive favorite in the Gator Bowl, and Rutgers was just added recently to the game. The Scarlet Knights were not a good regular-season team, and there is a reason that they are a massive underdog in this one. This game doesn't really need much of an explanation, as this is a complete mismatch in every sense of the word. Rutgers does not belong in a bowl game, and they are going to have no chance of stopping Wake Forest.

Take the Demon Deacons -15.0 in the TaxSlayer Gator Bowl.

The first CFP semifinal game will feature Alabama taking on Cincinnati, and this game is not expected to be very close. Alabama jumped up to the top seed after an upset win over Georgia, and they are looking to deliver the first loss of the season for Cincinnati.

Alabama is scoring over 45 points per game this season, and quarterback Bryce Young is the Heisman Trophy winner. The Crimson Tide can still deliver on the defensive end of the field, but they prefer to win games with offense.

Cincinnati can't afford for this game to be a high-scoring affair, and they will look to use the defense and rushing attack to slow it down. The Bearcats have some impressive wins, but this will be a massive test. The Bearcats keep it close for a half, but it's all Alabama as they cover this spread.

The second CFP semifinal has a pretty large spread as well, but Georgia is only an eight-point favorite over the Michigan Wolverines. Georgia is holding teams to less than 10 points per game, while Michigan is averaging over 200 rushing yards per contest.

Hassan Haskins and that Michigan rushing attack should play a key role in this game, and it's going to allow the Wolverines to stay in it. Michigan doesn't always get a ton from the passing game, and that could be a potential problem against Georgia. The Bulldogs have been known to struggle to score at times as well, and that could be their biggest downfall. Georgia should win this game, but it might not come as easy as most people think.

Taking the eight points and betting on the Michigan Wolverines is the right way to go in this game.

Notre Dame barely missed out on reaching the CFP this season, and they also lost their head coach in the process. The Fighting Irish wasted little time in promoting Marcus Freeman as the new head coach, and that should allow them to have a smooth transition.

Oklahoma State also had a terrific regular season, and it was one that was extremely unexpected. The Cowboys do have trouble scoring at times, but that defense has been absolutely dominant throughout the year. Don't expect a ton of offense in this game, as Notre Dame is comfortable playing slow as well. The Fighting Irish just have more talent than the Cowboys, and that will matter on New Years Day.

Take the Fighting Irish -2.5 as they cruise to a big win over the Cowboys in the Fiesta Bowl.

Utah has been a great offensive team this season, but not at the explosive level of Ohio State. The Utes want to run the football to move up and down the field, but that will be an issue against Ohio State.

The Buckeyes are averaging more than 45 points per game this season, and that production has come against some solid Big Ten Conference defenses. Ohio State is going to hit on a ton of big plays in this matchup as they are more athletic than Utah up and down the board.

It's been a great season for the Utes, but they just aren't a real match in this game. Ohio State wins by double digits and easily covers the spread.