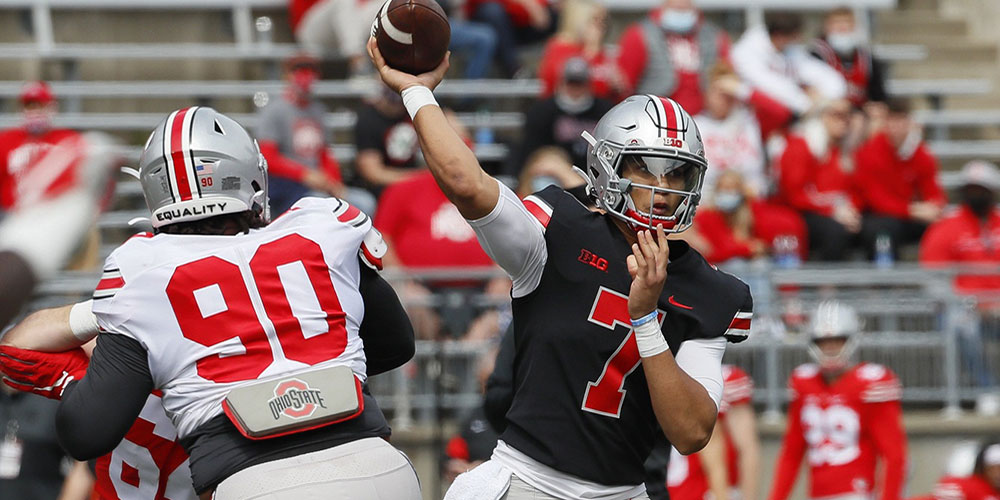 The following are picks for some of the early season College Football games!

A Thursday night kickoff on this one, so make sure bets are placed early enough because this line is worth taking. Rutgers finished 2020 with a 3-6 record, unimpressive on the surface level, but a step in the right direction for a team that hasn’t seen a winning conference record in the Big Ten. Temple struggled a season ago and ranks 125/127 teams in returning production from a season ago. Rutgers brings back 20 starters from last year’s team, including sixth-year quarterback Noah Vedral. Greg Schiano is in the second season of his second coaching stint at Rutgers and has the team trending in the right direction, take the Knights.

Another Big Ten Thursday night opener. Ohio State is replacing Justin Fields at quarterback, but that doesn’t mean the productivity from the position is going to fall off a cliff. CJ Stroud was named the starter recently and will be the focal point, but it wouldn’t be a surprise if his competitors (including recently reclassified quarterback Quinn Ewers) saw some action in the second half of this game.

The Buckeyes have the top two wide receivers in the country in Chris Olave and Garrett Wilson, who will create matchup problems across the field for the Gophers. Oddsmakers seem to be banking on a slow acclimation period for Stroud and company, but early returns out of camp suggest that won’t be the case. Bonus pick, keep an eye on under 64.5 points total. That’s a lot of points for a week one Big Ten game.

Betting against a home underdog early in the season seems sinful, and when that underdog calls Blacksburg home, it seems very sinful. This speaks to the Mack Brown and Tar Heel faith here, knowing that UNC has their eyes set on competing for a playoff spot this season. Quarterback Sam Howell is entering his third season as a starter and was voted the preseason ACC Player of the Year.

Virginia Tech has been trying to reestablish the program to the levels the team saw under Frank Beamer but have only reached double-digit wins once after Beamer led the team to 10 or more wins in nine out of ten seasons in the early 2000s. The Tar Heels should keep their early season playoff hopes intact here and cover in a hostile environment to open up the season.

The marquee matchup of week one in college football comes as Georgia and Clemson square up in a top-five matchup. Clemson replaces the face of college football for the last three years in Trevor Lawrence, but sophomore DJ Uiagalelei came out of high school just as highly rated and looked impressive in his starts a season ago. Georgia brings back quarterback JT Daniels who lifted the Bulldogs offense to new levels in their final four games a season ago.

Georgia limps into this game with injuries to starting cornerback Tykee Smith and starting tight end Darnell Washington to go along with George Pickens, who tore his ACL in the spring. On top of that, transfer tight end/wide receiver Arik Gilbert has been away from the team due to “personal reasons,” according to Kirby Smart. Despite all of the injuries and missing players, Georgia’s running game and defense have talent stacked high. This game will be a big boy fight in the trenches and should end up in a lower scoring affair with Georgia’s experience winning out.

A late-night west coast game to stay awake from after a full slate on Saturday. Nevada comes in as one of the preseason favorites to win the Mountain West Conference after finishing as a runner-up a season ago. Cal finished their four-game season with a single win.

However, that win came against Pac 12 Champion and 2021 preseason champion Oregon. Nevada quarterback Carson Strong lived up to his name with his 2020 performance and comes into the season as a dark horse candidate to play his way into NFL Draft talk as an early quarterback taken. Look for this to be Strong’s introduction to more of college football with a big night against the Bears.

If so inclined, go ahead and package these bad boys up into one parlay. A $10 bet on these five games would return $390. The good news, with these games being spread out over multiple days on the first weekend, it opens the opportunity for hedging the bet. If the Thursday and Friday bets are successful, hedges on the two Saturday games could open up the opportunity to ensure a winning weekend.