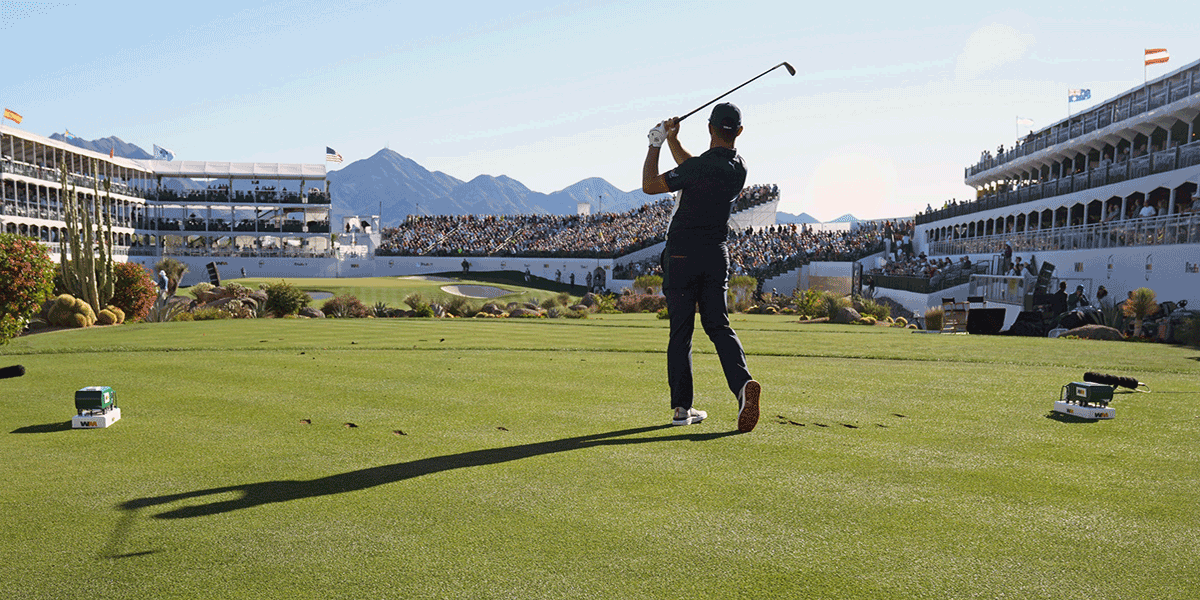 The PGA Tour heads down south of the border to Mexico this week for the Mexico Open at Vidanta - the first time the PGA Tour has been involved with this event but it has been played since 1944 as Mexico's national championship. We have 144 players in action this week, and the top 65 players plus ties after round 2 will get to play rounds 3 and 4 on the weekend.

There's $7.3M on the line this week, the winner receives $1.314M and also collects 500 FedEx Cup points. Vidanta Vallarta is 7,456 yards in length, is a par 71, and the greens are paspalum. Pinning down key stats is a bit difficult, but I would advise looking at driving distance, strong approach play, there are more than 100 bunkers, so you may want to look at bunker save stats, and strokes gained total is always a good stat to pay attention to, as well.

Three questions I have regarding the Mexico Open this week:

3. How is the weather looking this week? The wind doesn't look too strong, but expect higher winds in the afternoon rounds throughout the week. We could see some rain on Thursday, Friday, and Sunday, but it certainly won't be a washout on any day.

Gary Woodland (+2000) - It looks as though Woodland's health is fully back as he has two top 5's, a T8, and a T21 over his last six starts, and his approach and short game numbers impress me. This course appears to be an ideal fit for him since he's long off the tee and his inaccuracy shouldn't be too penal since the fairways are wide and the rough isn't too scruffy. I like him as a top 5 or top 10 bet this week, or you could bet him outright if you sense that he will earn his first victory in almost three years.

Tony Finau (+2200) - Finau is another long-ball hitter who isn't super accurate, so Vidanta Vallarta should be appealing to him. He hasn't had a top 10 since last December but has been playing fine lately, his ball-striking stats look good and his putting has even been solid lately with three straight tournament gains and two of them have been at least 2.03. I think you can bet him to finish top 10 or top 20 depending on how much risk and reward you're up for.

Avoid: Jon Rahm (+350) - It's not that I don't like Rahm because I really do, but I can't get behind him in the betting market this week as his odds are super short. I'm all over him for DFS this week, but won't be betting him since the oddsmakers are being extremely protective of him this week.

Aaron Wise (+3000) - Wise is one of the better ball-strikers in the field and he gained 4.54 strokes with his short game in his most recent start at the RBC Heritage in a fairly strong field to finish T21. He had a great stretch between late last Summer to November where he had a pile of teen, twenty-something, and top 8 finishes, and I believe that he can put together another good stretch like that again soon once his solid short game returns again. I like him as a top 10 bet this week and love him as a top 20 bet.

Cameron Champ (+4500) - He's one of the very longest bombers the PGA Tour has to offer, so he should, in theory, have a strong outing this week, especially considering he had a top 10 finish at the Masters in his most recent start where he gained 6.71 strokes ball-striking. He won thirteen starts ago at the 3M Open and while I doubt he wins this week, he could still finish top 10 or top 20, and that's how I would bet him in Mexico.

Avoid: Patrick Reed (+3500) - Reed is without a top 10 finish since last December and it's because his ball-striking has really sucked since last August. He gained 9.0 strokes putting at THE PLAYERS Championship and still only finished T26, so he doesn't have much upside even when his short game is on cue.

Chad Ramey (+8000) - He won three stroke-play events ago at the Corales Puntacana Championship, and seems to do well in exotic locations as he had a T5 at the Puerto Rico Open last month, and a T17 last year at the Bermuda Championship. If he keeps his down south mojo going this week, then he could perform admirably, or he could miss the cut by three strokes and I wouldn't bat an eye. If you do decide to bet him, go with a top 10, top 20, or top 30 bet depending on how aggressive you want to get.

Davis Riley (+7000) - Riley finished runner-up four starts ago at the Valspar Championship where he was solid in every stat category except for approach, and he and his partner earned a 4th last week at the Zurich Classic, so he should be full of confidence coming into this week. Betting him to finish top 20, top 30, or top 40 could work out well, but he comes with risk since his approach play isn't too attractive.

Avoid: Carlos Ortiz (+7000) - I want to back the Mexico native, but it's hard to when he has missed four straight cut lines. He did finish runner-up in last year's World Wide Technology Championship in Mexico, so he could pop this week again, but poor recent results and stats point to another bad week.

Austin Smotherman (+11000) - Smotherman actually won the Mexico Open by four strokes in 2018 when it was held in Tijuana, so he's familiar with the event and should be experiencing good vibes entering this week. He's a consistent gainer off the tee and on approach, and if his short game is a plus this week, he could be in contention. A top 20, top 30, or top 40 wager works for me on Austin this week.

Brian Stuard (+13000) - He has two top 9's over his last eight starts and another three more top 22's during the stretch thanks to fairly solid approach play and his short game pops at times. He's not a power hitter by any means, but seems to play well in tropical climates including earning a T7 late last month in Puntacana, so his golf game could sizzle once again this week in Mexico. You can bet him as high or low as you'd like to this week.

Avoid: Emiliano Grillo (+15000) - Grillo has missed five straight cut lines, and has only played weekend golf twice over his last twelve starts - yikes! His play has completely eroded since last October, and I doubt that he can see the light at the end of the tunnel right now. Here's to hoping that Emiliano gets his groove back, but I don't expect him to this week.