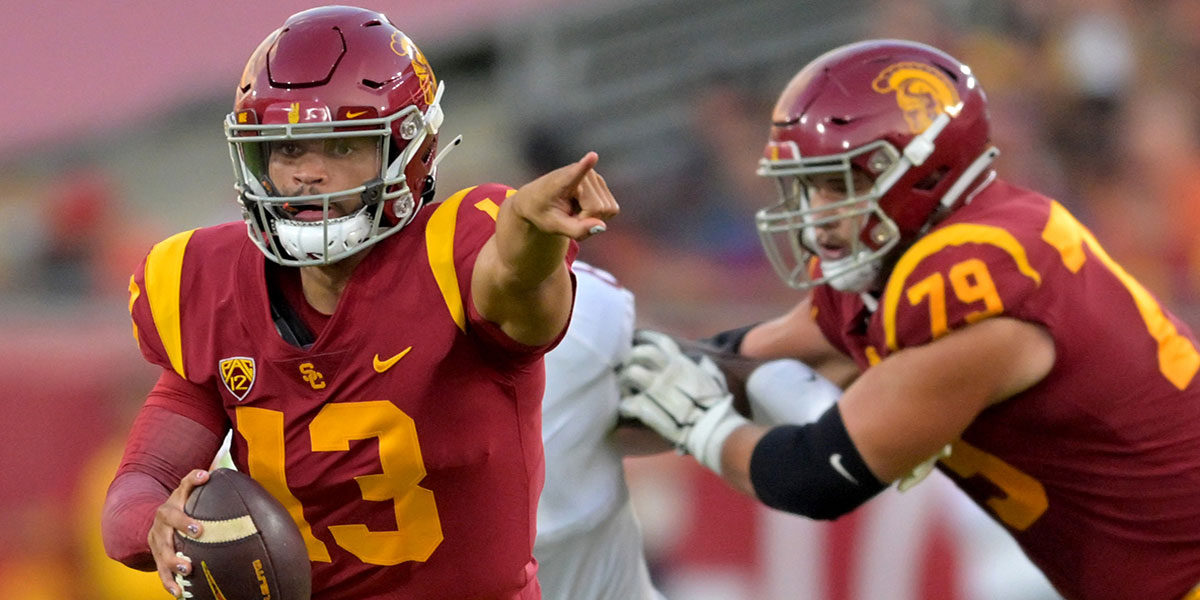 Conference championship week lacks games with big-picture implications. While not too many of the games will play a role in which teams participate in the College Football Playoff, each game provides an opportunity for a new conference champion to be crowned.

In some teams' cases, they are seeking to end a long drought. Others are looking to maintain their prestige.

Here's a look at the NCAA football games to bet on conference championship weekend.

The Horned Frogs are 12-0 and seeking their first outright conference championship since 2009 when they were members of the Mountain West Conference.

TCU will be under more pressure when it takes on Kansas State for the Big 12 championship this Saturday because there is more on the line. Unlike the last time the Horned Frogs went undefeated, this year, they will get an opportunity to come for the national championship if they win.

What drives TCU is quarterback Max Duggan, who may be among the Heisman Trophy finalists, has thrown for 2,070 yards and 29 touchdowns to lead an explosive Horned Frogs' offense. TCU is an excellent 9-2-1 against the spread and puts up 41.3 points per game, which ranks fourth nationally.

The Wildcats are led by quarterback Will Howard, who replaced the injured Adrian Martinez during a meeting between the two schools earlier in the year.

Kansas State, which is 8-3-1 against the spread, had an 18-point lead in the first meeting before wilting in the second half. While the Wildcats will make this one interesting, TCU will cover the narrow spread at A&T Stadium in Dallas.

The Trojans went to the top of the CFP picture quickly. What USC did was bring in Oklahoma coach Lincoln Riley, who convinced Sooners quarterback Caleb Williams and Pitt wide receiver Jordan Addison to follow him to Los Angeles. What has resulted has been an offensive machine that is in search of its first PAC-12 title since 2017.

Utah is the only team to beat the Trojans this season, scoring a one-point home victory earlier in the season. The Utes, who are 9-3 on the field and 7-5 against the spread, have taken several narrow losses that kept them out of the playoff picture. However, Utah has covered three of the past four games against the spread, thanks to its excellent defense.

The Utes rank 19th nationally, allowing 20.1 points per game. Utah is also excellent on offense, ranking 10th by putting up 39.4 points per game. The Utes have all the pieces to make life difficult for USC and may be able to spring an upset to win the Pac-12 for the second straight year.

The Bobcats have been knocking on the door of a Mid-American Conference championship for 16 years. Whether Ohio can finally kick down the door in its fifth attempt will be an interesting matchup against Toledo, which last won a MAC title, its third, in 2002. The Bobcats, who are 9-3 overall and 9-3 against the spread, have been an excellent offensive team.

Toledo, which is 7-5 overall and 4-8 against the spread, hasn't been good away from home. The Rockets are only 2-4 on the road this season. Ohio will kick down the door and win its first MAC Champion game as underdogs.

Coastal Carolina isn't a bad team. It's just clear that the Chanticleers aren't the same without quarterback Grayson McCall, who is out for the season and has missed the last two games.

While Coastal Carolina was able to survive Southern Mississippi without McCall, the Chanticleers were beaten up by James Madison in the final week of the regular season.

Troy, which is 9-3 against the spread and 10-2 overall, has an excellent defense. The Trojans have allowed 16.8 points per game on defense. Troy will also be looking for an impressive victory to try and get the Group of Six's spot in one of the higher-tiered bowl games.

With the Trojans' defense geared up, Coastal Carolina, which had an effective offense with McCall, will be stuck in neutral without their star quarterback. Troy should win this game by double digits.