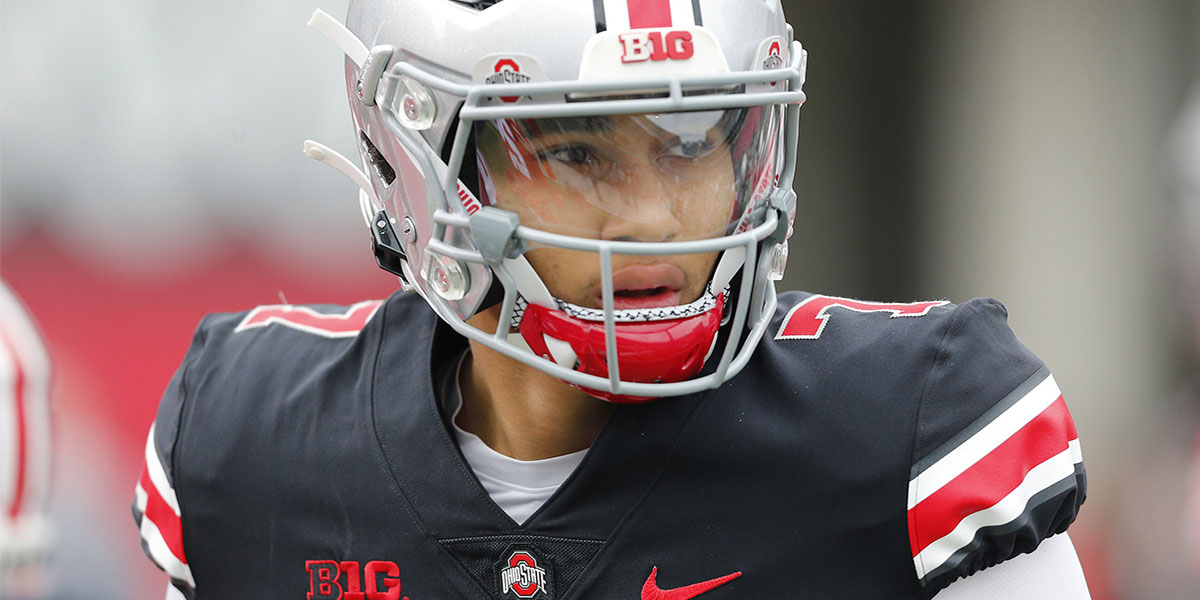 It has already been a terrific college football season, but the action is set to go to another level this weekend. Week 13 is reserved for the best rivalry games, and there are some great matchups on the schedule for Saturday. You could spend your entire day betting on some of the best games, or you could get a parlay ready to go. Here is a five-team college football betting parlay that you should make this weekend.

Ohio State has absolutely dominated Michigan over the last decade, but this game looks like it might be the best matchup in a long time. Both teams have just one loss on the season, and the winner will have a shot at reaching the College Football Playoff.

Ohio State is scoring over 47 points per game, but Michigan is holding opponents to just 16 points per contest. The Buckeyes want to hit on some big plays, but the Wolverines are going to slow down the action on Saturday. Ohio State has been the better overall team this season, but playing on the road is going to have some effect in this one. Michigan might not have what it takes to win the game, but they are going to keep it really close.

Take the eight points and look for this game to be decided by a touchdown or less.

A pair of 5-6 teams are set to meet up when Florida hosts Florida State on Saturday. Even though both teams are having disappointing seasons, this is a game that will still come with plenty of extra motivation for each team.

Florida is scoring more than 32 points per game, and they love to run the football. The Gators have been an absolute mess on the defensive side of the ball lately, but playing at home is going to help them on Saturday. Florida State has won two straight games by three points, and they are starting to play with more discipline. The Seminoles have been getting some stops, and they allow just 145 rushing yards per game.

This game should be close, but taking the Gators -2.5 is the right play.

The 9-2 Oregon Ducks host the 7-4 Oregon State Beavers in a game that is always important for each of these programs. Oregon still has an outside shot at reaching the College Football Playoff, but it will have to beat its biggest rival to stay in the hunt.

The Ducks managed just seven total points in their most recent game against Utah, but they have the ability to bounce back in a big way. Running back Travis Dye has racked up 937 rushing yards this season, and he could have a big day against the Beavers. Oregon State has won two straight games, and they have allowed just 24 total points in those games. The Beavers want to slow this game down, but they just won't be able to get that done on the road.

The Ducks win this game by more than seven points, and this is a great leg to add to your parlay.

Wisconsin travels to Minnesota on Saturday, and the Badgers can win the Big Ten West Division with a win. This team was supposed to win this division before the season began, and they have started to look like that team again.

The Badgers have a dominating defense that allows just 15.8 points per game. Wisconsin isn't going to be an explosive offensive team, but that defense has the ability to control this game. Minnesota has been a tough team to figure out as they keep having some strange results this season. The Golden Gophers are running for over 200 yards per game, but that won't be easy against Wisconsin.

Even though this is a rivalry game, there is plenty of motivation for Wisconsin on Saturday. Take the Badgers -7.0 over Minnesota in this Big Ten rivalry game.

Bedlam is another of the best rivalries in football, and this game features two 10-1 teams this time around. Oklahoma State has won four straight games, and that should give them a ton of confidence ahead of this game.

Oklahoma is scoring 39 points per game this season, but inconsistent quarterback play has been an issue at times. The Sooners will want to play fast and put some pressure on the Cowboys' tough defense. Oklahoma State is allowing less than 15 points per game, and they have been dominant against the run this season. The Cowboys do struggle to score at times, but that defense will set the tone.

Despite how well Oklahoma State has played this season, Oklahoma is still a better team. Take the Sooners moneyline to wrap up your parlay.