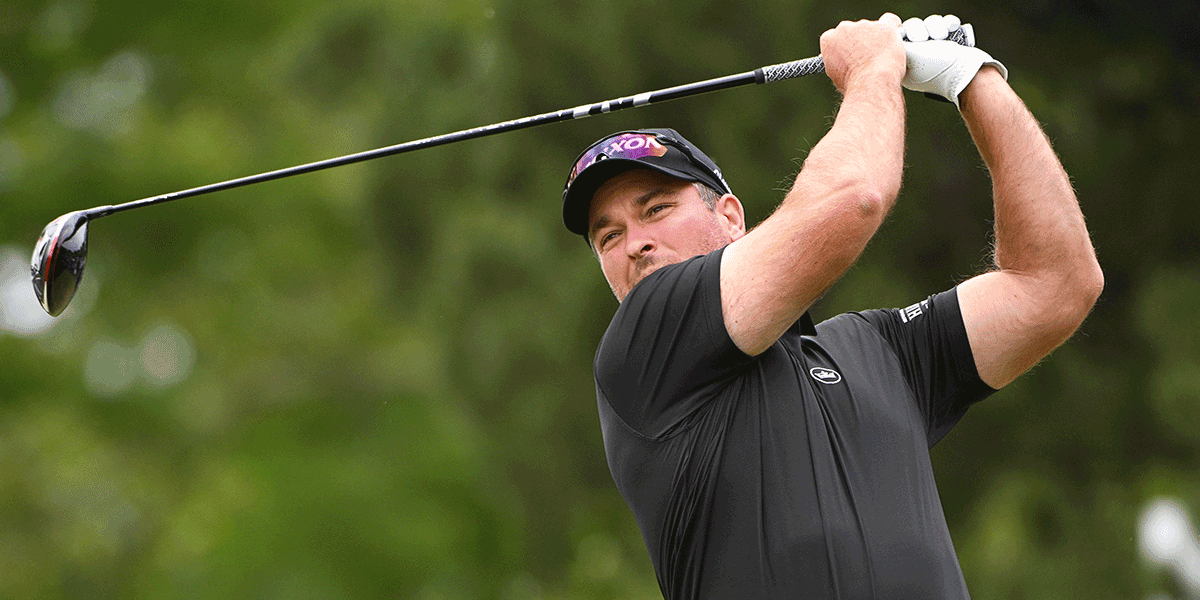 The PGA Tour makes its way from Illinois, USA, to North Berwick, Scotland, for the Genesis Scottish Open - the first time the PGA Tour has been officially involved with this tournament since its inception in 1972. We have 156 players in the field, and the top 65 plus ties after round 2 will get to play in round 3 and round 4.

There's $8M available to be won this week, the winner takes home $1.44M and also pads their FedEx Cup point total by 500 points. The Renaissance Club is 7,303 yards in length, is a par 71, and the greens are bentgrass. The average winning score at this event over the last ten years is -16.0 - at this course over the last three years is -17. Place your bets on golfers who are strong on approach, solid tee to green, hit a long ball from the tee blocks, are sound off the tee, and are great around the greens.

Three questions I have regarding the Genesis Scottish Open this week:

1. Which players have the most top 10's over the last three years? This year marks just the fourth time that the Scottish Open has been contested at the Renaissance Club, the players with the most top 10's include Justin Thomas with 2, Lucas Hebert with 2, and a bunch of players have 1 including Matt Fitzpatrick, Xander Schauffele, Tommy Fleetwood, Aaron Rai, Min Woo Lee, Erik Van Rooyen, Thomas Detry, Henrik Stenson, Johannes Veerman, Ryan Palmer, Padraig Harrington, Rafa Cabrera Bello, Jack Senior, Kalle Samooja, Jamie Donaldson, Marcus Kinhult, and Andrea Pavan.

2. Which 10 players have gained the most strokes on approach over the last 24 rounds? We don't have a ton of data on this course, so key stats are a tad challenging to figure out this week. Approach is always a key stat in one way or another though, and the best players recently in this stat category are Cameron Smith, Scottie Scheffer, Xander Schauffele, Collin Morikawa, Hideki Matsuyama, Will Zalatoris, Keegan Bradley, Max Homa, Mito Pereira, and Harold Varner III.

3. Will a PGA Tour player win or will a DP World Tour golfer prevail? The field is pretty much split down the middle between the PGA Tour and the DP World Tour this week, but most of the talent comes from the world's top golfing tour. Anything can happen of course, but the winning player will likely originate from the PGA.

Justin Thomas (+1400) - It's hard to believe that Thomas only has one win so far this season as he has been superb almost every time he tees it up. He has eight top 8's including winning the PGA Championship four starts ago, is statistically sound across the board, and has had two top 9's here in two starts in 2019 and 2021. You can bet him to win, to finish top 5, and top 10 this week, and you should cash in at least one or two of those.

Scottie Scheffler (+1200) - The world's top player has four wins since February and could have even more if his putter wasn't merely average over his last six starts as he has two runner-ups over his last four appearances. He's a constant threat to win, finish top 5, and top 10, and much the same as Thomas above, you can lay down multiple wagers on Scheffler and feel confident that you will be profitable when the week concludes.

Avoid: Cameron Smith (+2500) - He has won twice this year already but has cooled off since his 3rd place finish at The Masters with two cuts and no top 10's over his last six starts. He's a wild card as he has gained 9+ strokes on approach twice over his last six starts, but he has been just average in the other stat categories. He could go off this week, but I think waiting him out is a good idea for now.

Sam Burns (+3000) - Now that he knows how to close out tournaments, he's dangerous every time he tees it up as he has two wins over his last eight stroke-play events, and he had a T4 three starts ago at the Canadian Open where he gained 9.40 strokes ball-striking and 6.18 with his short game. He can miss cut lines and has missed three over his last seven stroke-play tournaments played, but he has huge upside thanks to his strong approach play and hot putter. I like him as a top 10 and/or a top 20 bet this week - take your pick. He finished T18 here last year, and I believe he will do as good or better this week.

Avoid: Cameron Young (+5000) - He was smoking hot until recently with a T60 at the Memorial and a cut at the U.S. Open. He could have a strong finish this week as his ball-striking and around the green play can be remarkable at times, but I don't think he will find his game in Scotland and you should wait for him to find his groove again before investing money in his play.

Keegan Bradley (+5500) - He's one of the best approach players the PGA Tour has and that was on full display at the U.S. Open where he gained 10.90 strokes in the stat category to finish 7th. He has four top 8's in his last seven starts if you count the Zurich Classic, and I think there's a case to be made to place a top 10 bet on him this week, but I'm looking at a top 20, a top 30, or a top 40 wager on Bradley to be more conservative.

Lucas Herbert (+5500) - With back-to-back top 5's here over the last two years, Herbert has my attention this week. Will he finish top 5 yet again this year? Not likely, but he clearly likes this track and plays extremely well here, so he's worth exploring as a betting option - how aggressive you want to get is up to you, but know that his recent form isn't so hot, and with that in mind, temper expectations with Lucas to some degree.

Avoid: Jason Kokrak (+10000) - Things have really cooled off with Kokrak over his last four starts as he has gone 60th, 67th, cut, and was disqualified at the Travelers Championship in his most recent start with some strange antics on his final hole in round 2, so something is amiss right now with Jason.

Mackenzie Hughes (+18000) - Hughes is on a decent little run right now finishing anywhere from 24th to T37 over his last four starts including a 24th at the U.S. Open where his approach play and putting netted him 7.20 strokes combined. Every part of his game has been fairly tight since early June except for a 4.30 strokes' loss off the tee at the Memorial but he still managed a top 40 there despite tee block challenges. I believe he's a great top 40 bet, or a top 30 wager is fine if you can find a website that accepts that range.

Brian Harman (+13000) - He has been fairly reliable this year putting up four top 9's including a T8 at the Travelers Championship in his most recent start, and another five top 35's, as well. His stats check out nicely, he just needs to find a better putting stroke to put up even more top 10's.

Avoid: J.J. Spaun (+40000) - Spaun won the Texas Open in early April, but since then hasn't been too lucrative for him with four cut lines missed and a withdrawal where he played horribly at the Charles Schwab Challenge - this all happened in his last six starts. Nothing to see here for the time being, allocate your money elsewhere.