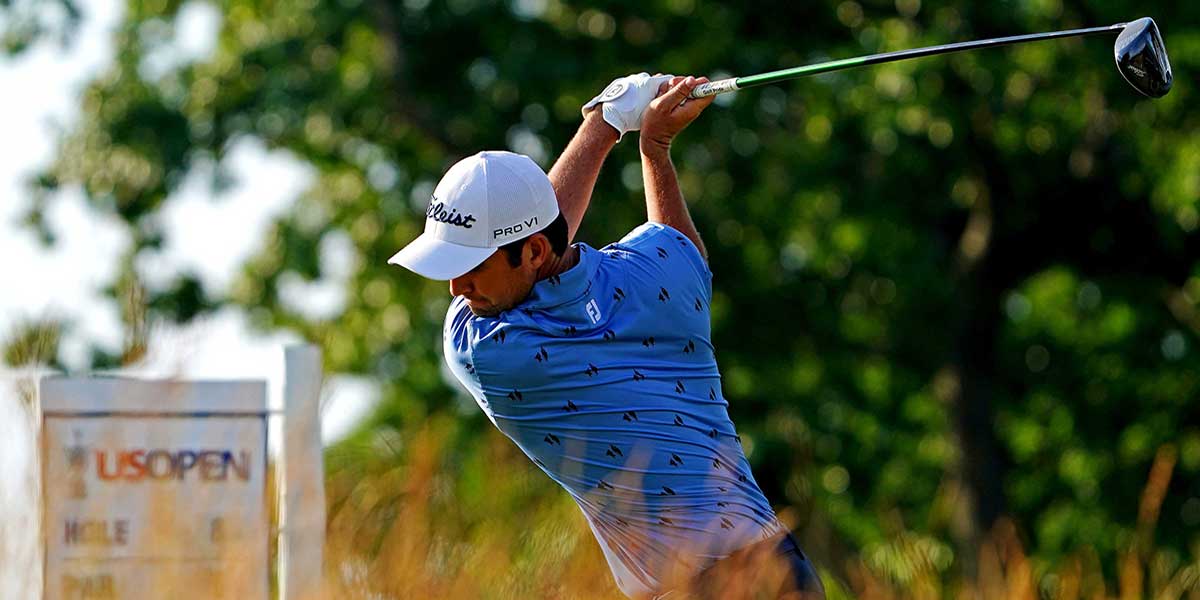 The PGA Tour returns to North America after a two-week stint in Scotland for the Scottish Open and The Open Championship for the 3M Open in Blaine, Minnesota, a tournament that has only been played since 2019. We have a 156-player field on tap this week, and the top 65 players plus ties after round 2 will get to play rounds 3 and 4 on the weekend.

There's $7.5M on the line to be won this week, the winner takes home $1.35M and also banks 500 FedEx Cup points, as well. TPC Twin Cities is 7,441 yards in length, is a par 71, and the greens are bentgrass. The average winning score at this event from 2019 to 2021 is -18.3, and you can expect something in the high teens again this year. Place bets on golfers who are solid around the greens, accurate from the tee blocks, sound putting, strong on approach, and gain a lot of strokes total.

Three questions I have regarding The Open Championship this week:

2. Which players have the most top 10's over their last five starts? Tony Finau with 2, Sahith Theegala with 2, Maverick McNealy with 2, Cameron Davis with 2, Chez Reavie with 2, J.T. Poston with 2, Brendan Steele with 2, and Chesson Hadley with 2.

3. How does the weather look this week in Blaine, MN? The weather is warm, in the 80's, it's possible we will see some rain on Friday through Sunday, but things look fairly dry for the most part. Thursday may present some wind, so the morning wave in round 1 may be slightly more ideal from a draw perspective, but don't obsess over the weather this week by any means - we aren't in Texas or on a coastal course.

Below you will find two players from each of four different betting tiers (from DraftKings Sportsbook) to win outright, these are the golfers that I like the most for this week as fantasy golf bets, plus a golfer in each tier that I would stay clear from. I would also advise you to throw in some top 5, top 10, and even a top 20 or 40 bet for the long shots as well to hedge against your outright bet(s).

Davis Riley (+2200) - He's aggressively after his first PGA Tour win with five top 9's in his last eleven starts if you count the Zurich Classic, and he has two other top 14's during this stretch, as well. He's fairly sound throughout his game, especially on approach, and could find himself in contention again this week if his putter is hot and it does pop every now and then. Riley works well as an outright bet this week, a top 10, or a top 20 - or do like I've done and bet all three scenarios.

Cameron Davis (+2500) - Davis has four top 8's in his last eight starts and two of them have come in his last two starts including a 6th last week at the Barracuda Championship. He has gone T12-T28 here over the last two years, and should find himself in the top 30 again this year. I like him as a top 10 bet and love him as a top 20 bet - both are on my betting card this week including an outright wager since he does have the upside to win.

Avoid: Sungjae Im (+1600) - He may have a lingering injury that he's dealing with and it wouldn't be surprising as he has missed two cuts in his last three starts and only finished T81 last week at The Open Championship no thanks to losing 10.36 strokes putting. Im had a T15 here three years ago, but I don't expect anything nearly that good this week - leave him on the sidelines until he rebounds.

Brendan Steele (+3500) - Steele has been great over his last eight starts with three top 10's if you include the Zurich Classic and three other top 26's including a T13 at THE PLAYERS Championship. He has gained anywhere from 4.45 to 11.30 strokes ball-striking over his last four starts, and if only his short game could be average his results would be that much better. I think you can bet him to finish top 10 and/or top 20 depending on your comfort level with a bad putter.

Nick Hardy (+4500) - He has finished no worse than T35 over his last six starts counting the Zurich Classic, and has three top 14's in his last four starts including a T8 at the Travelers Championship where he gained strokes across the board. I have bet Hardy to win, to finish top 10, and top 20 this week, but it's up to you to decide how aggressive you want to be with the young stud.

Avoid: Brendon Todd (+4000) - I like this range and don't feel too negative on Todd this week, but I had to fade someone and it's Brendon I'm targeting since he relies fairly heavily on his short game, has two cuts in his last five starts and is coming off a T43 at the John Deere Classic where he lost 2.94 strokes on approach and 1.14 around the green. Add to it that he missed the cut here last year, and it makes leaving Todd off your betting card fairly easy to do this week.

Emiliano Grillo (+6500) - This range doesn't have too much talent in it, but Grillo isn't a half-bad option as he finished T3 here two years ago thanks to outstanding play in every part of his game, and he had a T2 at the John Deere Classic two starts ago. He has four top 33's in his last eight starts, and makes for a decent wager anywhere from a top 10 to a top 40 depending on how much Emiliano interests you this week.

Michael Gligic (+10000) - Gligic has four consecutive top 40's including a T10 at the John Deere Classic, and has been gaining well with his ball-striking and putting during that span except for losing 1.47 ball-striking at the Travelers Championship, but thankfully his putter was hot that week gaining 5.91 strokes on the field. He had a T49 here last year and a T26 two years ago, so I think a top 40 bet is the way to go with Michael this week.

Avoid: Tom Hoge (+8000) - He had a solid 9th place finish at the PGA Championship, but since then he has missed six straight cut lines and just can't seem to get anything to work. You can't make money on Hoge right now, so forget about him until further notice.

Chesson Hadley (+13000) - Hadley has two top 10's in his last four starts and is coming off a T31 last week at the Barracuda Championship, so his game has been respectable since late June. He hasn't had much success on this track to date, but is coming in with some pretty good momentum and is worth a look as a top 20 or a top 40 wager this week.

Callum Tarren (+13000) - He has put up some decent finishes this year including a T5 at the Puerto Rico Open, a T6 at the John Deere Classic, and he's coming off a T22 last week at the Barracuda Championship. Tarren's stats look alright and his putter can warm up at times, so he's an option to consider as a top 10, a top 20, or a top 40 wager. I dropped $1 on him to win and put down some more money on him to finish top 40 as a hedge.

Avoid: Brian Stuard (+30000) - You may be tempted by Stuard this week as he finished T6 here last year, but he has somehow missed nine consecutive cut lines and is bleeding strokes in every facet of his game. It's possible he could snap out of his funk this week, but don't bank on it.