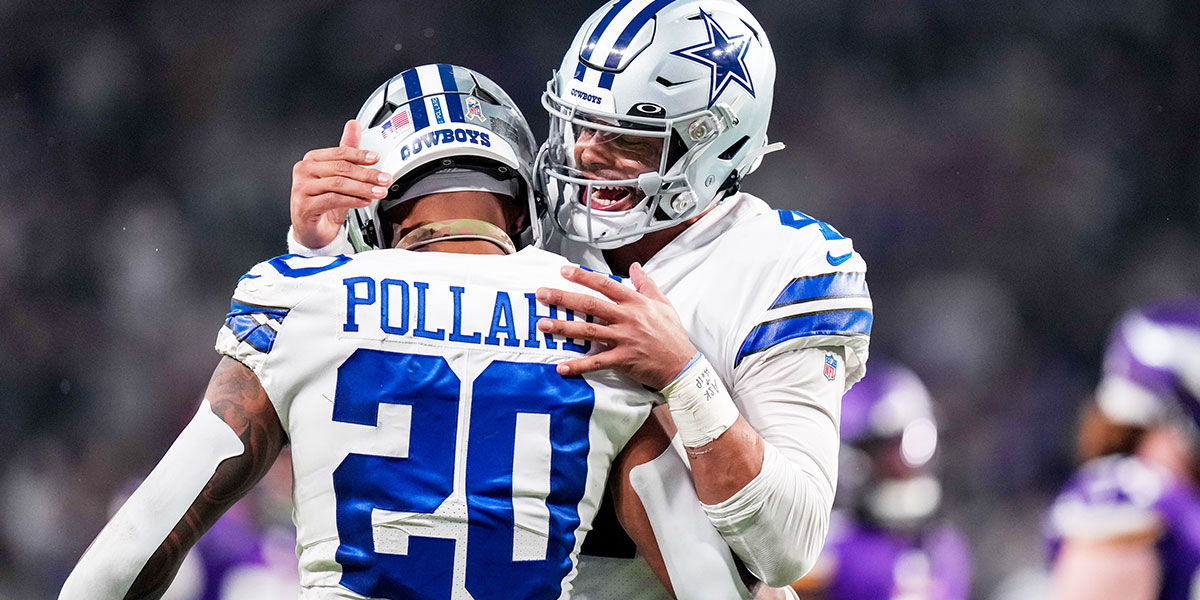 Week 18 of the NFL season is finally here, and that means the regular season is set to wrap up. There are some big games on the schedule in Week 18 as some playoff spots are still up for grabs.

You do have to pay attention to the status of each team heading into Week 18, as some teams will be resting players for the playoffs. You can still find some great betting options out there, and here are five of the best NFL football games to bet on in Week 18.

The AFC South Division title is still up for grabs, and either the Tennessee Titans or Jacksonville Jaguars are going to claim it. Tennessee has been in a complete tailspin of late, while Jacksonville just continues to win games. The Titans should have Derrick Henry back for this game, and that will clearly provide a huge boost on offense. Tennessee is not a team that does a ton of passing though, and the Jaguars will be able to load the box to stop the star running back.

Trevor Lawrence and the Jacksonville passing attack have been terrific of late, and that should continue into Saturday. Jacksonville has an offense that can simply run away from the Titans, and that is what will happen in this one.

Take the Jaguars -6.5 as they win the AFC South Division.

The Chicago Bears are headed for one of the worst seasons in franchise history, but another loss could land them the top overall pick in the 2023 NFL Draft. Chicago will host the Vikings on Sunday, and Minnesota can still improve its playoff positioning. Justin Fields of the Bears is having a monster season, but he’s basically a one-man show on offense. The defense of the Bears just doesn’t have any real talent remaining, and it’s going to be a long day for that unit.

Minnesota can put up points in a hurry, and wide receiver Justin Jefferson is going to have a huge game in this one. Look for the Vikings to get whatever they want on offense as they win and cover the six-point spread.

The Pittsburgh Steelers have won three straight games, and they are trying to make an improbable run to the postseason. Pittsburgh hosts the Cleveland Browns in Week 18, and the visitors have been stumbling down the stretch.

Cleveland hasn’t been getting great play from quarterback Deshaun Watson, but they are running the football well. That strategy might not work out well against the Steelers though as Pittsburgh has a solid defense.  Pittsburgh is going to have to find some offense at some point, but that defense continues to carry the load. Rookie quarterback Kenny Pickett has been doing just enough on offense, and they then let the defense take control of the game.

It’s been a great finish to the season for the Steelers, and they are going to find a way to win on Sunday and cover the small three-point spread.

The Philadelphia Eagles looked like they were going to cruise to an NFC East Division title this season, but the Cowboys had other ideas. Dallas comes into Week 18 with a chance to catch the Eagles, but they have a tough matchup on the road in Washington, D.C. The Cowboys are nearly impossible to stop when they have the football, as they are scoring nearly 29 points per game. Dak Prescott still throws too many interceptions, but they are absolutely loaded with talent on that side of the ball.

Washington comes into this game having lost three straight, and they also lost out on their chance to be a playoff team. The Commanders have a mess at the quarterback position, and they just won’t be able to score enough points to keep this one close.

Dallas closes out the regular season by blowing out the Washington Commanders.

The Detroit Lions and Green Bay Packers will meet on Sunday night, and the winner could advance to the postseason. Most people wouldn’t have believed that this game would have any real significance when the schedule was first released.

Detroit has turned into an offensive juggernaut, as they are averaging over 27 points per game. The Lions are also allowing over 25 points per contest, and that could create a real issue in this one.  Green Bay has started to put up points after a slow start, and it’s hard to bet against Aaron Rodgers in a big game. That Packers team has had something missing all season, though, and they won’t roll in this one.

Green Bay will win the game at home, but you can’t pass up the 4.5 points.