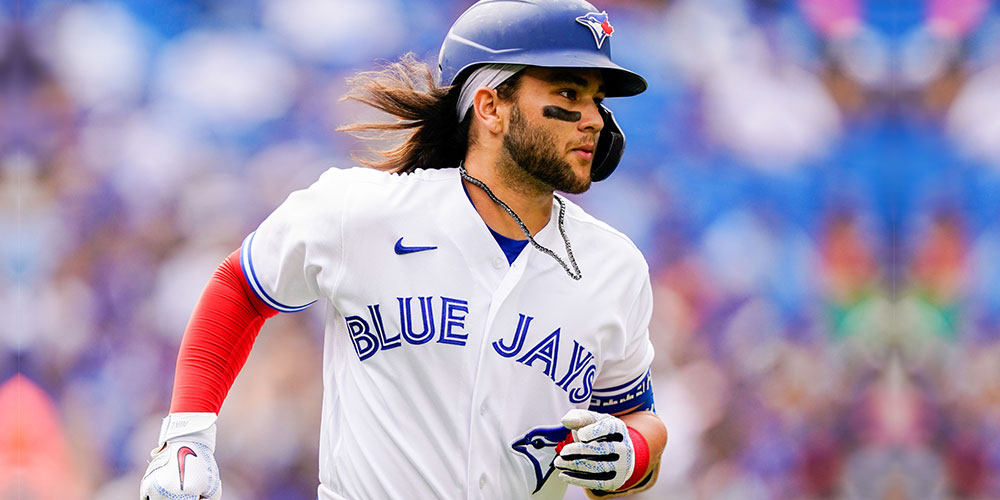 Baseball is coming to an end, but the betting is only going to increase with the playoffs coming shortly. There are 20 games remaining in the regular season, so there is no better time to start preparing for postseason betting.

The Blue Jays are on fire after sweeping the Yankees in a four-game series in the Bronx. The team is now within 0.5 games of the second Wild Card position. It's doubtful that they will stop winning on the road against the Baltimore Orioles.

Robbie Ray will throw for the Blue Jays in the opener from Camden Yards. Ray has been the team's ace in 2021. He is 11-5 with a 2.60 ERA and 212 strikeouts. Momentum means a lot at this point of the year, and the Blue Jays offense is rolling. They have averaged 6.6 runs per game in their past five contests. They will face Chris Ellis on Monday, who is 1-0 on the season, but he has only thrown 16.2 innings. Toronto will take advantage of the pitcher to earn the victory.

The Milwaukee Brewers and Cleveland Indians are on a different level. Milwaukee is a legit threat in the National League, while Cleveland is beginning to prepare for 2022. They have not been serious playoff contenders in months. The Brewers are 86-55 and leading the National League Central division. Adrian Houser will pitch for the club on Friday. He is 8-6 with a 3.41 ERA on the season.

Houser has not been the team's best wing, but he has pitched good enough to win throughout the season. The Indians do not have an explosive offense most of the time. Cleveland will send Eli Morgan to the mound as well, who is 2-6 with a 5.48 ERA.

The Brewers should have offensive success because of this lopsided matchup. The team is 4-1 in their past five games with two shutouts. The Indians were shut out twice in their past four-game series against the Minnesota Twins.

The Yankees are cold, and this team has proven to fall apart when adversity strikes. The Subway Series will begin on Friday night, and the Yankees will be at Citi Field. The Mets have been playing better than their city counterparts lately, which is why this contest is a pick 'em on most sportsbooks.

The Mets have the advantage in this game because they are playing at home, and the Yankees cannot seem to win a game. New York had sole possession of the American League Wild Card, and they blew it against Toronto at home. For a team to get swept in four games with the postseason on the line, there is a significant issue within the clubhouse. The Mets should be able to take advantage of this error and win behind Tylor Megill.

Megill is 2-4 with a 4.20 ERA, but he has delivered in many big spots throughout the year. He will face Jordan Montgomery, who is 2-4 with a 3.47 ERA. Montgomery has pitched well, but the Yankees appear to be drained, and this will show in this series.

The Padres and Dodgers always create significant games when they compete. Joe Musgrove will throw against Julio Urias in this contest. Urias' numbers have not been better than Musgrove's, but the Dodgers have the advantage for numerous reasons.

Urias is comparable to Musgrove in the ERA category, but the Dodger seems to create wins. He is 16-3 on the season, and this is the best in baseball. If he throws a decent game, the Dodgers offense should put him in a position to reach 17 wins. Los Angeles will bring their A-game tonight, but so will San Diego. This is a risky bet for our parlay, but it will add a tremendous amount of value.

The Boston Red Sox have done something that nobody expected. They are winning games with numerous players on the COVID-19 injured list. The Red Sox have secured the first Wild Card position after New York dropped their past four games to the Blue Jays.

The Red Sox are underdogs on the run line, but they always play teams tough, so I expect them to cover. They will have to face Carlos Rodon, who is one of the frontrunners for the American League Cy Young. Tanner Houck will throw for Boston. He has been reliable for the team and seems to improve every time he takes the bump.

Yet, Boston has been known for stringing together clutch hits throughout the season. Taking the Red Sox on the run line is a safe bet to complete your parlay. Best of luck betting on Major League Baseball for Friday, September 10.