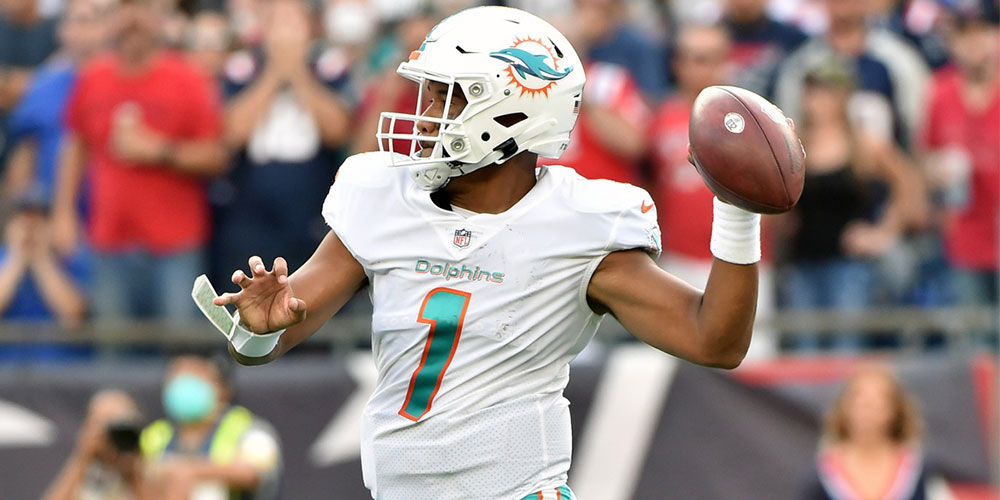 The 11th week of the NFL season has arrived. Things have been moving very quickly, which means we need to cherish the remaining betting opportunities. There are many marquee matchups on the slate this week. This means we have tons of great bets for the week.

If you are looking to win big, continue reading. It’s time to go to work! Here are my best bets for the 11th week of the NFL season.

The New England Patriots have been rolling behind Mac Jones and the team’s strong defense as of late. Nobody expected the Patriots to find their stride on the offensive side of the ball. However, this unit is turning into a force within the national football league.

The Patriots are touchdown favorites against the spread, and I am not very confident in this line. The team is 6-4 ATS, but it’s hard to cover by a touchdown on Thursday Night Football. Therefore, I love New England -7 in this contest.

The Falcons will have a tough time scoring in this game. They do not have Calvin Ridley or Cordarrelle Patterson. This will leave Kyle Pitts in a position where he will have to make plays. Pitts is a stud, and I believe he will have a strong game catching the ball. Yet, this will not be enough for Atlanta to cover the spread.

Mac Jones has a variety of targets to work within the passing game, like Jakobi Meyers, Nelson Agholor, and Kendrick Bourne. However, I expect the team to come out and establish the run game with Rhamondre Stevenson.

The Washington Football Team is coming off a huge win over the Tampa Bay Buccaneers. Washington stunned bettors with their dominant victory. Taylor Heinicke was sensational, and the team’s defense made Tom Brady very uncomfortable in the pocket.

Washington will travel to Carolina to play the Panthers on Sunday. However, they will not have Chase Young, so bettors have started to fade the team. However, has Chase Young been very good in 2021?

He definitely has not been the MVP caliber player we expected. Washington is starting to find their groove in 2021, which is why Young’s absence can be overcome. Cam Newton will start for the Panthers on Sunday, and there is a reason he did not have a job for the majority of the 2021 season.

Newton is past his prime, and he can’t save a struggling Panthers team. If Carolina wins, it will not be by more than a field goal. This will yield a Washington +3 win ATS.

The Miami Dolphins against the spread could have the most betting value out of all the games this weekend. The Dolphins are much better than their record, which was apparent when they defeated the Ravens on Sunday. The Jets have won two games this season, and they have covered twice. The wins New York pulled off were upsets because this team is not good. They do not have a quarterback, and this will hurt them against an improved Dolphins defense.

Tua Tagovailoa should have a field day throwing the football against the Jets secondary. However, this game is going to be won when the Jets have the football. If Miami’s defense can show up as it did against Baltimore, the -3 spread will be covered with ease.

The Green Bay Packers will travel to Minnesota to face the Vikings on Sunday. Minnesota is talented in the sense that they compete against good teams. However, competition does not mean they will cover -2.5 on Sunday. The Packers have been through a lot of adversity, and they are now hitting their stride. This team revolves around Aaron Rodgers, who only missed one game because of COVID-19. If Rodgers is in the lineup, I am rolling with the Packers.

Green Bay at -2.5 is too good to resist in this contest. If this game were at Lambeau, the line would be much lower for the Packers.

The Tampa Bay Buccaneers are coming off a terrible loss to the Washington Football Team, where they were dominated. Tom Brady played one of the worst games of his career, which was disappointing to see for the 90% of bettors who hammered the Buccaneers. When Brady has a terrible performance, it’s a known fact that he bounces back frequently. However, I am not going to say the Buccaneers will cover their massive -11 spread.

Tampa Bay has not performed well ATS, so this is a risky bet. I am going to fade the Buccaneers and hammer the over in this game. Tampa Bay’s defense will give up some scores because of their inconsistency, and Brady will find the end zone at will on Monday Night.